This is like a public account without solemnity and popularity bragging. It’s an honest description of what we are, what we have done and what we intend to do. We hope this summary becomes an annual habit to fulfill the commitment we have with you, those who follow us and interact with our content. This was Puroperiodismo during 2015. 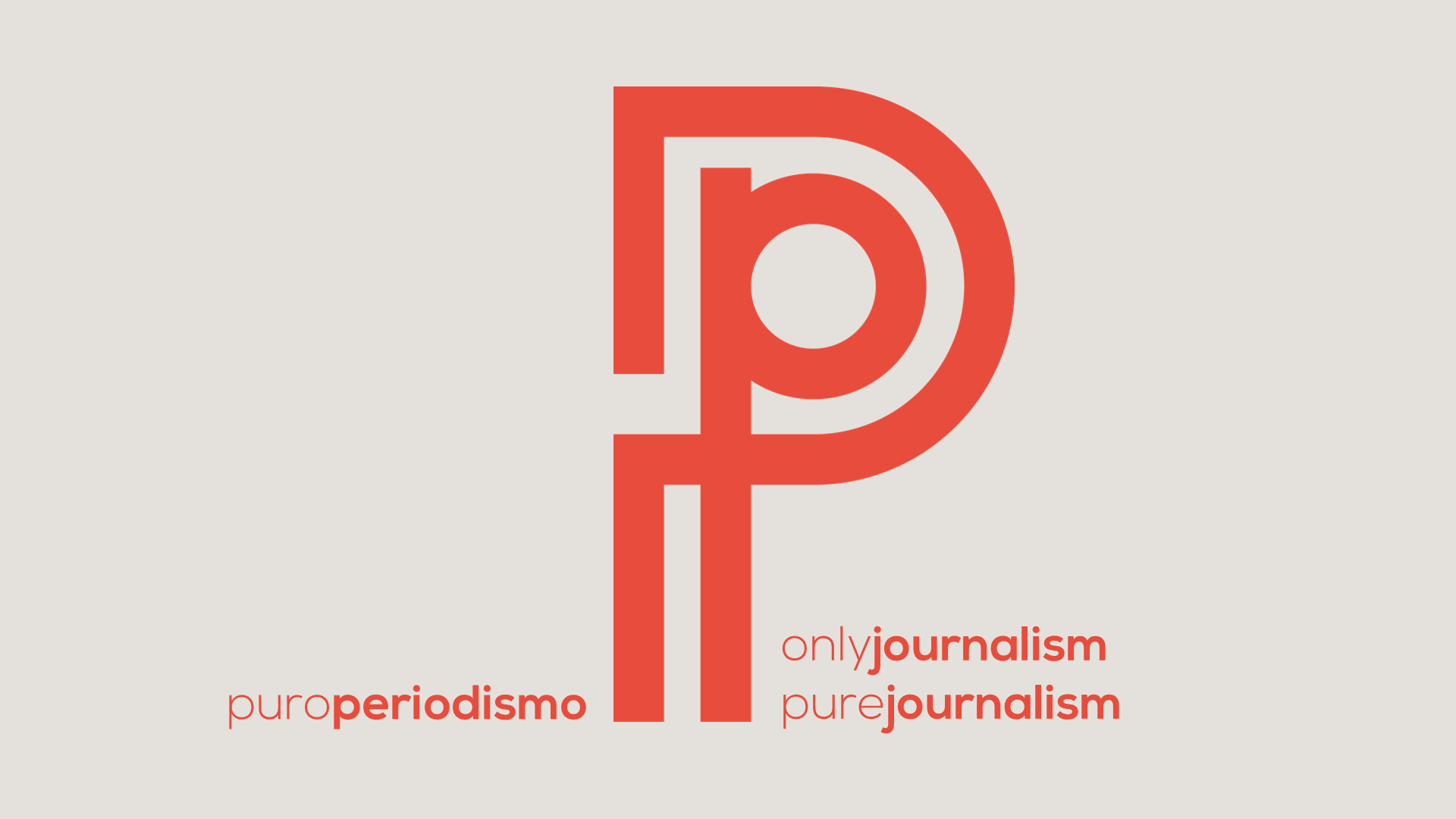 Puroperiodismo is a word game with two meanings: “only journalism” and “pure journalism”.

2015 was a year of experimentation and continuities in Puroperiodismo. To our regular content—interviews, current affairs and opinion—, we add more visual, graphics and animated products: we want to oscillate between good written content we already have and those visual and interactive boundaries that do justice to the ecosystem we inhabit. Our interview section mutated to the forms of manifest/testimony and our opinion columns were more interpretive and informative. We follow a golden rule: to cover what we know and to link to the rest.

We seek to consolidate us as a digital presence. Our website is a priority, yes, but so are our social networks—Facebook, Twitter and Instagram mainly—where we gather almost thirty thousand followers. As Constanza Sturm wrote on Medium, a journalist’s work is no longer confined to the publication of a unitary and indivisible content. Now we must think abouth the many opportunities to share what we do: gif, videos, infographics, quotes, etc. We must think that the future of news is not a single article but something more complex that is still looking its configuration (NYT Labs Alexis Lloyd proposed a name: particles instead of articles).

Speaking of Anglo-Saxon journalism, this 2015 we started timidly publishing content in English (this review was first published in Spanish). To live circumscribed by the limits of our language does not seem a useful option on the internet. We hope to expand our audience and make visible the journalism that is done in this corner of the world without forgetting the Latin American emphasis that identifies us in these seven years.

So, please check out our conversations with Rodrigo Cornejo about Chilean media and with Aimee Edmondson about data journalism.

The formation of this diverse group of assistants helped us to expand our topics, include new voices and provide new perspectives—a “millenials” approach—about the work of journalists and media. We want to know their concerns as soon to be journos and as critical consumers of media. Our challenge is not to feed a dictatorship of the written article and delve, together with our students, in new languages and storytelling forms. We must aspire to think in what we cannot yet imagine, as Jeff Jarvis writes.

In 2015 we had exceptional external collaborators. Journalists, academics and media editors contributed with thoughtful, critical and informative texts. We are humble followers of David Carr, media critic of The New York Times who died on February 12, 2015, whose weekly column —The Media Equation—was an exquisite combination of information, analysis and good pen. To this we aimed… with humility.

This are the highlights of our collaborators:

As Gustavo would say, thank you so much for your support.

We closed 2015 with 68 original publications on the website. According to our Google Analytics, we had over 86,000 page views and 53,000 users. Each session of those users had an average duration of one minute and four seconds (in 2014 the average was 60 seconds). That is, by far, the number that matters most. We are a niche magazine and therefore we know that our audience is more specific and smaller. Still, we want this audience to stay with us, to read us, to accompany us. And hopefully for more than 64 seconds on average. In that sense, it is a good sign that one of our most read articles—about Charlie Hebdo and Pinochet—had an average of four minutes and 51 seconds of reading.

86 percent of our visitors are desktops users: only 8,701 visits came from mobile devices. And half of that is through Ipad or Iphone. That 14 percent mobile, however, is a big jump from the 6 percent we had in 2014. It is likely that this number will grow and we should prioritize it when we review our content strategy.

Two out of three visitors are from Chile. Then comes México (7.35%), Spain (4.81%), Argentina (4.78%) and Colombia (3.76%). An unexpected number: a thousand sessions came from Russia (Spasibo!) While our content is mainly local, some of our approaches—titles designed for a global audience, for example—have enabled us to diversify our audiences.

On Facebook we received 361 new followers and now we are 2,880. Twenty percent of our fans are 25 and 34 years old and mostly they live in Chile, but we also have visitors from México, Perú, Colombia and Argentina. We post 189 times on Facebook with an average daily reach of 382 people and an annual total of almost 140,000.

On Twitter we added 817 new followers. We tweeted 377 times and retweeted 276 messages, including references to our content and tweets related to journalism and media accounts. In total we had 602,588 impressions: this means that our messages were seen more than six hundred thousand times in the timeline of our followers and non followers.

And we are not tweeting only to bring visitors to our website. Our most widespread tweets of 2015 were precisely those that contained information and not links to an external source. During the attacks in Paris on November 13 we share the brief guide of breaking news of On the Media:

And when we heard about the suicide of commentator Eduardo Bonvallet we publish excerpts from the recommendations of the World Health Organization (WHO) for the media to report on these events:

In both cases our goal was the same: to provide useful and immediate information for the coverage of breaking news.

We began our Medium with nine publications and 320 visits. In YouTube we uploaded eight videos, the same amount as in 2014; 493 minutes were played and the average reproduction was 47 seconds. We ignore our Instagram but we want to activate it: 12 pictures and 68 likes in the year, and we add 189 followers. Our Tumblr also was abandoned: 599 page views but with a lower bounce rate compared to the website (78 vs. 84 percent). And Google+? A wilderness: we have only 161 followers and 189 people came to our site through this network; even though we still have a naive love for Plus. Finally, our audio store on Ivoox: we uploaded 29 files between capsules, interviews and lectures, and we hit 440 downloads.