Rodrigo Cornejo: “We need journalists who understand we are trying to do another type of journalism”

In February 2015 he launched Yornal, a platform that seeks to “throw the paradigms in which the media ecosystem works in Chile.” So far is a one man orchestra, but Rodrigo Cornejo, a former CNN Chile producer, aims to consolidate a multiple business model—donations, advertising, public funding— and he appeals to the solidarity of the readers: he thinks they should pay for others who do not pay to access the same information. He wants to change the media, he wants to renew the Chilean journalism. Here are the definitions of his brief but intense experience managing, directing, editing, and tweeting in Yornal.

Editor’s note: This article is a translation of the interview we published on June 23. It is a slightly shorter version of the original content. 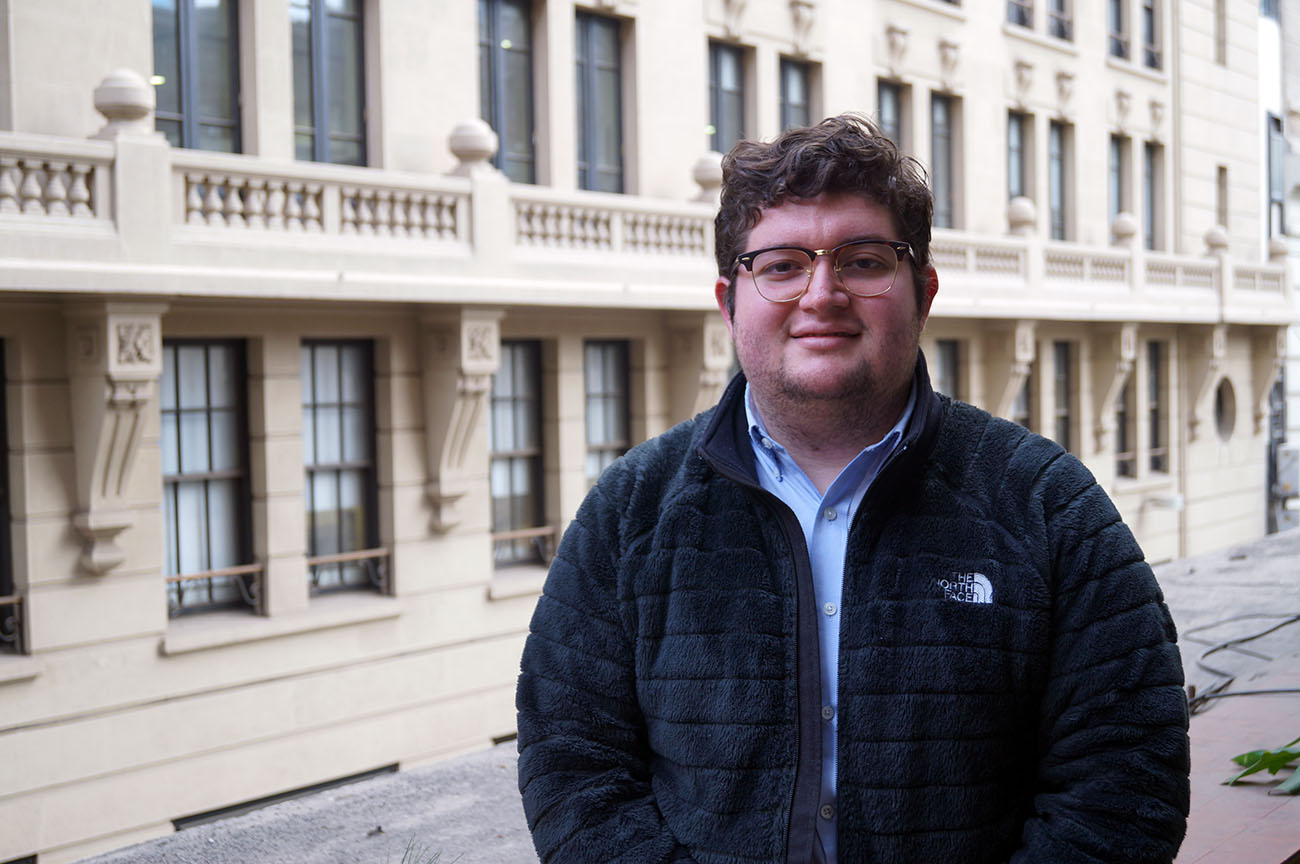 I have a fixation with the Wall Street Journal, with the American media. The name “Journal” was available to register at Inapi. I wanted to Chileanize all my references because the media system in Chile is absolutely sui generis, it is a hidden monopoly, a loose and powerful system of companies that are allies, that have the same owners. And it is extremely difficult for others not to play the game of the mainstream media. Putting the “Y” was to Chileanize, it was like saying “give it an identity that differentiates us,” far more than what can be a diary or a journal with the correct letters. The “Y” means disruption, so the people would ask us why we are writing “journal” that way. The significance of the “Y” is to bounce the paradigms in which the media ecosystem works in Chile. It is interrupting something.

MY BEDROOM IS MY NEWSROOM

I spent two days programming, looking for material, browsing and searching for things that called my attention. I know how to program since I was nine, ten years old, I learned by myself. I was equipped with my tools and I borrowed a server, I bought the domain and “here we go.” I did not stop because we published every day—I speak in plural but actually it was only me—seven or eight notes. I spent a lot of money on phone. I bought a desk, I bought a TV, I tune to CNN the entire day and it was my newsroom. I did not leave my room. Nobody was paying me; in fact, I was losing money, I lost the vacations I should have taken, I spent my unemployment insurance. Everything was invested in Yornal. Today I look back and I think it really paid off. There was a climax in which I said “Yornal is not over, this is not a hobby.”

Journalism is being detained. And freedom is what allows us to practice journalism. We are in a pretty big crisis in which we are not doing journalism. We are immersed in some kind of Hunger Games struggling to get more clicks, to have the best exclusives, to scoop all the time or to be concerned about which media is better. For me, as a journalist, the last thing I care about is what medium is the best. I’m interested in the media to fulfill its function as an act of justice. Do I need to be a media company? Yes, but the balance between the journalistic institution—or the editorial institution—and the newspaper publishing company must be nested in the editorial decisions you make.

THE MEDIA DO NOT CRITICIZE OTHER MEDIA

Very few people in the media industry will criticize the media industry. There is a kind of brotherhood, good breeding among journalists, they don’t attack each other because they are on the same lines, they live every day in the same places and they form friendships. Our first editorial article, when we criticize La Segunda [a Chilean newspaper], was a surprise because of that, because no other media had the decency to criticize other media with arguments. When we draw the issue of the resignation of Bachelet, we said “Ok, we fucked up” because we took a fact that we actually received and we made the mistake of validating a source that said it in public, Tomás Mosciatti. Added to that we made a harsh criticism, because Mosciatti spoke of “possible resignations”, “maybe”, “perhaps”. Taking this opportunity we apologize. But everybody should keep an eye on something: the use of the conditional form in the media is a cancer. If you have no news today in your newspaper, you’re going to publish on conditional. The printing press is running, the TV channels are broadcasting, radio is on air all day. You must have content. What do you do? You write on conditional, so you do not say that is true, you do not say that is a lie and you comply with the act of publishing.

WHAT IT MEANS THAT YORNAL IS A “SAFE SPACE”

All my work in Todo mejora was to improve social networks as a safe place for teenagers who were being bullied, those who were being called fagot 26 times a day at school. I have no problem in publicize my agenda. It is my news organization and it is my agenda. Period. I have no further interests to add to my agenda, to cover LGTBQIA issues and to be close associations of sexual diversity, because it is an issue that I care and respect. Second, it’s a human rights issue. The safe space specifically means that at no time any child or teen, lesbian, gay, trans, intersex, queer, confused, is going to feel uncomfortable on our site because in our agenda is the affirmative therapy, an aspect of psychology being used a lot, especially in therapies with LGBT people, which is to affirm the being. I reaffirm my uniqueness, my personality, I’m unique in the best possible sense. I also lived this, I also had to go through that kind of therapy to affirm myself and to be confident enough to make a monster like Yornal.

For one month we had Google advertising. We eliminated it because we made twenty dollars. Now we are going to sign an agreement with Gama bicycles. We prefer to make a deal with alternative companies which are ultimately the ones that will change the world. I would prefer to have blank spaces so my audience may read a column about measles vaccination rather than spaces filled with stupidities. The other day I was in a bad mood all day because I got to ADN Radio website and paf, an advertisement box appeared. And I clicked the cross and did not close. I felt anger, frustration, helplessness; I wanted to kill myself in three minutes because they had me seeing this advertise and I wanted to read the news. That will be a very distinguishing aspect of our business model.

AN IMPROVED RIGHT TO INFORMATION

We are thinking a business model with a solidary subscription. It is the most complex we have thought in our lives, and it is the most stupid too, but at the same time it’s the smartest thing we can get. I want the people to donate for others to read. I do not want to have an exclusive subscription where you have a premium access and others don’t. We want to make a pact, a physical contract, in which we commit to pay the bills, make a report of advocacy. How relevant were your twenty dollars? I don’t want to report “we spent it on office supplies”. No. I want you to know what was the effect of the donation to Yornal. Through the subscription we will grant you a right, the most stupid right we have invented on earth, because in addition to paying you have the right to not influence on any of the things we do. It is an obligation? No, it’s a right. Because this right will keeps us independent, will keep our agenda free. The donors must know they are refusing a liberty but gaining another right. They are gaining an “improved right to information.” We are changing many paradigms, and part of that is changing the right to information.

JOURNALISTS TO CHANGE THE WORLD

I’m in a room of one meter by one meter with internet access and that’s enough for me to own an organization that surpased Pulso in  Twitter followers. My partner tells me “you’ll die in three months if you continue at this pace.” We need motivated journalists, journalists who understand that we’re trying to do other type journalism. We do not want old journalists and that is my dogma. We do not want to reach people who know it all and that will tell us what we need to do or to contaminate us with their thoughts based on that you must have more clicks. We are interested in people who want to change the world with us. Who may lose money, maybe, but would feel happy with what they will achieve. So far in terms of content we are satisfied, because we receive content. There are great people who have offered us columns and I have no problem to say “great, but I’ll edit”. I will not receive anything or publish anything. The project for us has both social value that people come to offer help.

Part of the business model has to do with the territorial work we will begin to do this month [July 2015]. I can not give more details, because it’s part of the business model, the company, confidentiality… lol. We feel that the media are a little disconnected. They work with a sense of accomplishment, comparing if they are better than the other or not. They have a kind of claustrophobia and they go to the marches without the cone of the brand on the microphone, because they have to hide their corporate image or otherwise their journalist will take the risk. I do not care to go bankrupt after all the work done. I am pleased and happy with the work I’ve done because I have decided I am going to dedicate my life to this. I’m not losing any more, unless I die of a heart attack tomorrow. I will not lose anything more.